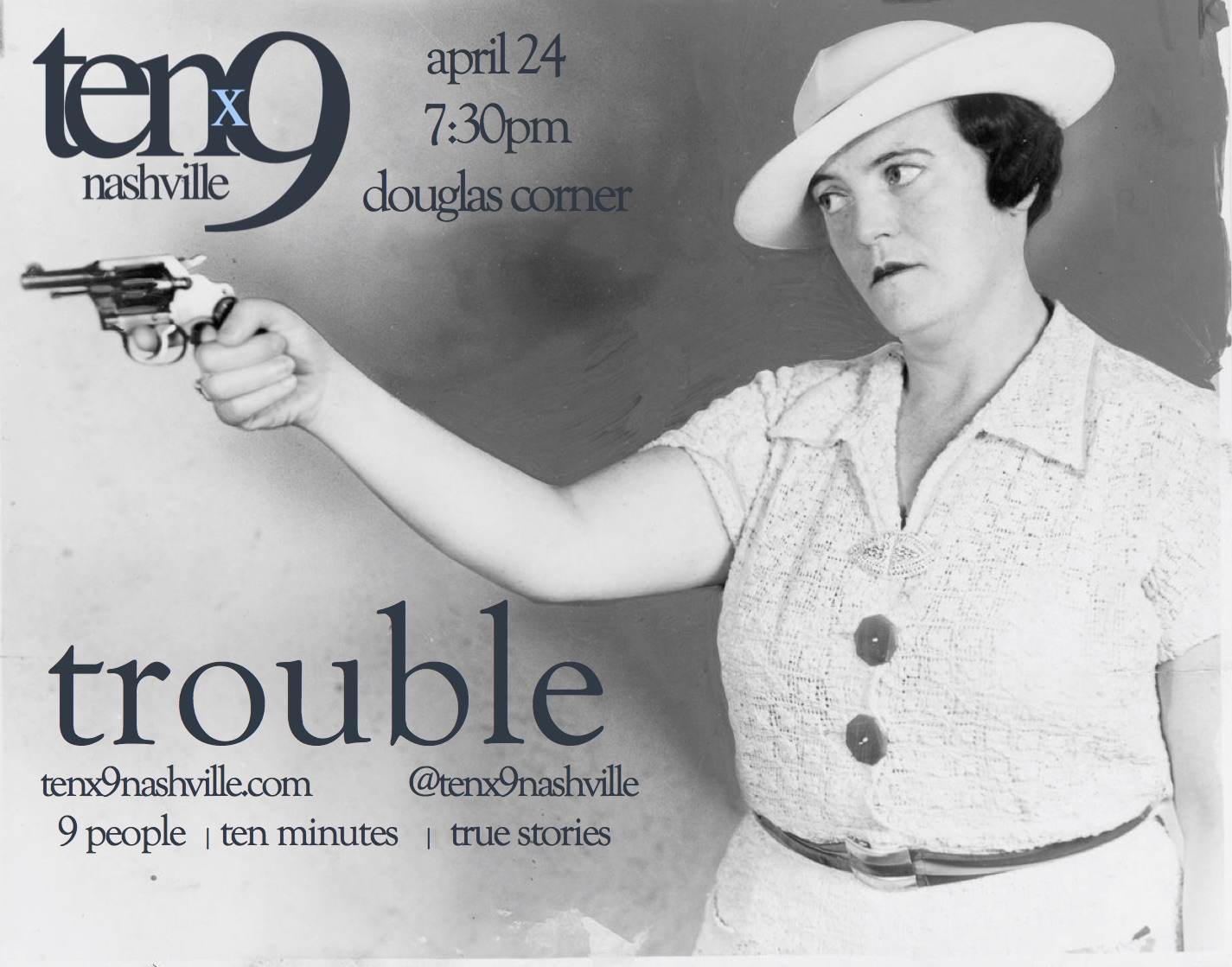 Trouble – The Understory and Next Theme

We drove all night and took a secret route into trouble at a border station, where we annoyed a guard till we led a convoy of good ol’ boys and farm workers into Mexico—but we’re not sure we learned any lessons. 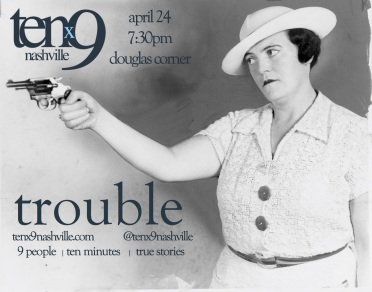 countries with some help from civil servants, travel agents, and a police officer with a curly mustache. But we finally got it done…one minute before we were going to die!

We ran into trouble when we took a 3-month renewal trip in an RV—which would have been more relaxing if didn’t have to worry if squatting gets an RV under a bridge, and hadn’t impaled our trailer on a bank, and had found a space at “Big Bone Lick” …but thank God for Larry!

We rode a decorated bug into trouble at a party with Brer Fox and Brer Bear, and teaspoons of a funny pink powder, and dancing around a fire. The trouble eased—but we don’t know the rest of the story.

Trouble shocked us when the phone rang in the middle of the night, and the tragic news of a truck on a dark road and a heart attack led to the slow dissolution of our once idyllic family life.

In a contest with classmates in Catholic school uniforms, 10 seconds led to 10 months of trouble. Despite laughing through group therapy, we came to the surprising revelation that all we needed was attention.

One troubling night taking care of an old rickety building, we hear a new noise. The sound of walkie-talkies led to a new friend with squinty eyes and a crew cut, a near victim who cleared us, and cops with shot guns playing ping pong!

Life became more troubled when the news we would move led to sneaking cars out in the night, pillows over alarm pads, and saying “yes” so he would remember…but no one saw us.

We drove the least crappy car into trouble when our 16-year-old brain knocked us into the horror of cherry Slurpee, and the fear of what father had planned. But we were given the keys to a monogrammed tank with a falling ceiling and an AM radio!

Those were our troubles.

Thanks to all our tellers–Donna, Gayathri, River, Taylor, Sonia, Wendell, Deborah, Jenny, and Anne! Join us on May 22 for our theme “Show and Tell.” Have a story about an object of significance in your home? Bring it and tell us the story. Pitch your idea here.