Different – The Understory and Next Theme

Tonight, Nashville, we were different.

We broke free from a life-time of well-ordered good behavior, and the forced conformity of red aprons and charted gardens, and asserted our difference head to head with the district manager…and made Mary Kay cry.

We played a different instrument from a different part of the country, singing songs about the difference between Coke and Sprite…and we had a child with a different number of chromosomes. But in the end we learned to love in the present, and discovered our souls are all the same.

We discovered what it means to be a different lawyer in a man’s world, where we needed more make-up and higher expectations. But we learned that a brilliant woman in court is as intimidating as a typing monkey.

The threat of lip-reading classes lured us into a life of espionage, with blue plastic glasses and snacks under our desks, spying on opera-singing neighbors and a Cuban spy named Oscar who just thought we were weird.

Expanding cracks and internal debates led us down the slippery slope from gender isolation to loss of community to the rather different notion that we’d rather have compassion.

We had a different experience of Sadie Hawkins, and then a long-distance relationship led to dinner with our cigar-smoking friend—and to exchanging the European engagement ring for the love of our life.

We grew from being a disheveled mess with an undomesticated pin, to a “hot mess mom” who missed vaccinations and had birthday disasters and pajama day errors and burning sage…and a diagnosis that helped us accept our difference.

We learned that it is hard to be more different than an emotionally crumbled, gender fluid, Latinex, unicorn, atheist, church worker. But we helped a New Orleans conference with other whack-a-doodle liberals be a little more inclusive.

We tried to convince Dad of a different reality—that the gay hockey player from Spanish class in our basement at 2:00 a.m. was all a pain-induced hallucination. But the interrogation on the hot porch convinced us that this was all going to be a bad dream.

Thanks to all our excellent storytellers–Rebecca, Irene, Kristen, Laurie, Pam, Heather, Barbara, LynnMarie, and Kathleen! Our next Tenx9 will be at Parnassus Books on August 28. The theme? “Words.” Got a story? Let us know here! 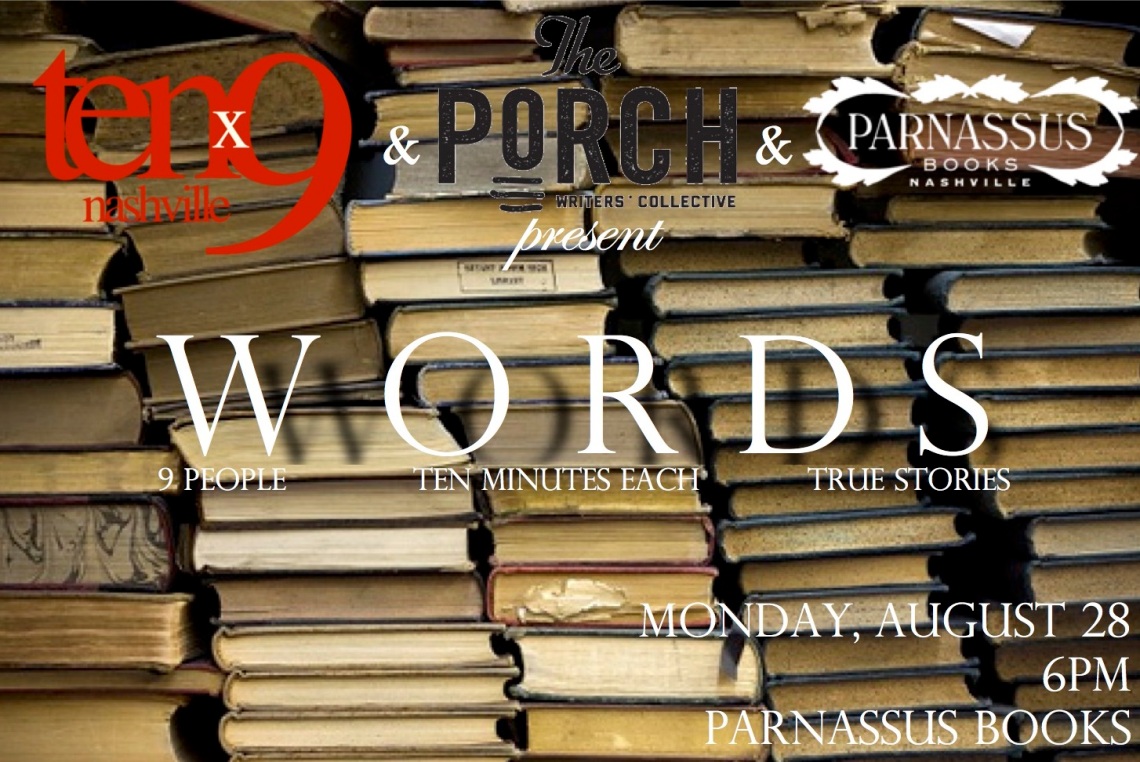