Nashville, tonight we were changed.

Life changed in a moment in a gym full of grunting and bending and dancing—terribly exposed. But suddenly we felt in control…no matter what the crowd of mechanical gazelles thought.

We have changed from the self-absorbed 19-year-old in a half-way house. Now we are

healthy, at home with our family…but she lies somewhere alone with an apology on her back.

After a long line of potential wives, and unfulfilled dreams of proposals, we saw her across the room…and pursued her, sometimes too confidently, till everything changed…and she said “Yes!”

After online dating apps led to a date with a green-eyed guy who applied for a loan, and ultimately to a moment of dating honesty—a month too late—our life has changed and we are happily dating-app free.

We hiked the 200 ft. block of mystery, till we crouched on the ledge, serenaded by a lotus-sitting flute player…and gave up. A second try revealed something had changed. We found we did not lack the courage—we had too much to live for.

Life changed when a frustrating, troublesome young woman, whose life had led from pregnancy to addiction to rape to desperation, told us “you don’t want to know.” And she was right…but now we do.

After a 10-year relationship, violating FAA regulations, offering lights to attractive ladies, and contemplating the possible benefits of eye patches, it all changed when we realized that Mom could outrun us—and we dumped our love.

We have loved passionately and lost, again and again, until after two weeks of solitary confinement we realized that we could see inside him, and everything changed. We have found mythic love with one we may never see again.

We had terrible visions—that came again and again—of crack and pleading and death and violation and hate and revenge. But that changed when the monster became a six-year-old boy whose mother tried to drown him. And we pray that Patricia rests securely…and that Ivan will find peace.

So many thanks to our storytellers–David, Jeremy, Amanda, Deepak, Jeannie, Michael, Veronica, Tony, and Hector. We hope you’ll join us for our next FREE night true stories when we partner with The Porch Writer’s Collective for “Strangers” on August 22. If you’ve got a story, pitch it here! 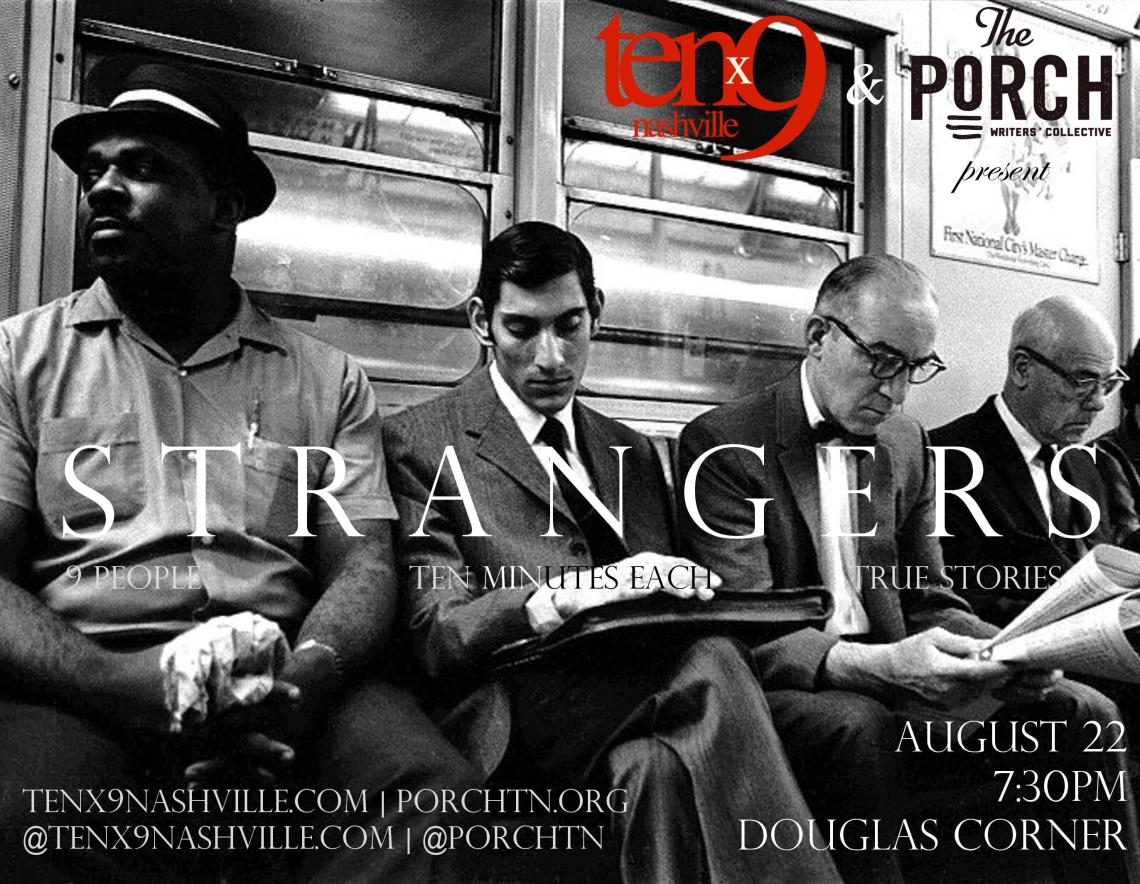